Robotics is the process of designing, creating, and using robots for certain tasks.

Automation is the process of using physical machines, computer software and other technologies to perform tasks that are usually done by humans.

What is robotics and automation?

Robotic process automation (RPA) is a technology that allows the software robots to use an application’s user interface (UI) to mimic human actions without modifying systems or requiring human intervention, and it has nothing to do with robotics. This approach is effective for automating rrule-based tasks that use structured digital data.

Intelligent Process automation or Intelligent Automation (IA) is a technology that automates the business processes using RPA, BPM, analytics, and artificial intelligence (usually machine learning). Unlike RPA, IA can automate complex business processes that are judgment-based (rather than being limited to rule-based tasks) and use unstructured and non-digital data sources.

This robotics and automation certification course caters to professionals from a variety of industries. The diversity of our students adds richness to class discussions and interactions.

There are many job opportunities across the world that give handsome salary packages to those who have the additional certificate course of robotics and automation with their regular degrees of Bachelor of Technology (B.Tech) long term courses. These additional courses help to open the many options in the modern technology world and as well as it also helps to enhance your knowledge and skills.

You can choose any regular engineering course and you get this professional course free of cost and can become an expert in this modern technology and get a handsome salary package with an excellent campus placement.

The industrial robot industry is expected to grow 175% over the next nine years, which will result in more competition and innovation, which will drive these modern technologies forward. Collaborative robots will continue to become safer and their costs will go down as the industry expands and offers more options.

We’re already seeing companies like Fanuc working on robots that can teach themselves, so this aspect of the future is already becoming a reality. All of this will also be fueled by massive growth in the industry as a whole.

Candidates can apply to this robotics and automation course in 3 steps. Selected candidates receive an admission offer which is accepted by admission fee payment.

Fill the application form with the bachelor, master or other courses.

After the successful submission of the application form, the classes will start after the other notices or e-mails.

For taking admission in robotics and automation certification course, candidates must follow the eligibility criteria that are given below:-

Students should have a bachelor or master degree with any recognised degree/ university/ board.

Applicants must have secured a minimum of 50% marks in their degree course.

May also have a non-programming background.

Are not required to have prior work experience.

We have a team of dedicated admissions counselors available to guide you as you apply for the cloud computing course. They are available to:-

Talk to our admissions counselors now!
Schedule a call 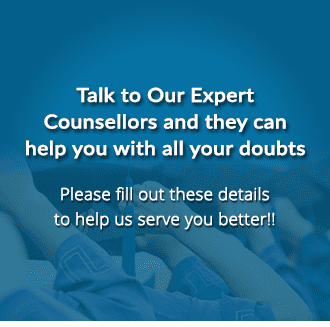